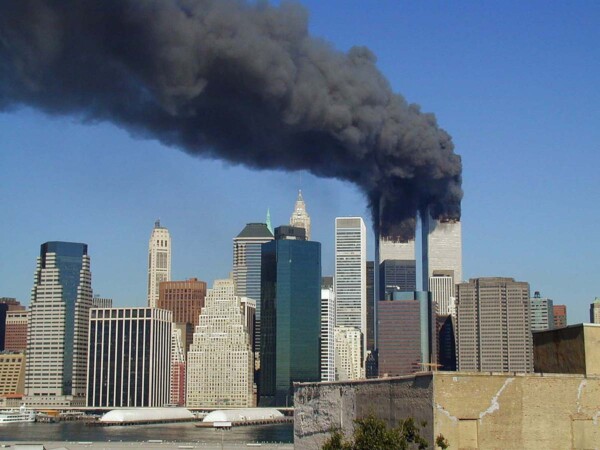 This is what I remember of that awful September 11 morning in 2001.

The air was cool, crisp and clear, which was unusual for a September morning in the Florida Panhandle.

The newsroom was empty except for Ralph Routon and Brenda Shoffner, who were staring at a wall-mounted TV in the corner.

I didn’t believe Ralph when he told me a commercial airliner had crashed into the World Trade Center. I didn’t believe him when he said it was intentional. No American pilot would do such a thing, I said.

I remember bulletin after bulletin coming over the Advisory wire from The Associated Press. One I remember distinctly – it said the sound of explosions and gunfire were reported from the Capitol building.

I began making a list of stories we would need to do. It was not my place but I did it anyway because I thought it needed to be done. An hour later I threw it out. Things were changing that fast.

The phone was ringing off the hook. People were calling in a state of panic.

I called Mom. My nephew Michael was visiting her. I said something like, “Did you see what those bastards did?” Yes, she had seen the news. Like me, she couldn’t believe it.

The newsroom was busier than I had ever seen it. So many people, so much noise. Lots of yelling. Telephones ringing. TVs blaring.

The decision was made to lead the front page with a photo of New Yorkers running from the dust cloud of the collapsing World Trade Center. I remember strongly disagreeing with that choice. I thought it should have been one of the buildings exploding, but at that time I was editing the features sections and did not have a say.

I went home and watched it on TV. I remember becoming sick to my stomach. I called my friend Debbie Lord and we talked about it. I just needed to hear a voice.

Finally, I couldn’t stand it anymore. I turned the channel to HGTV and watched something about remodeling a house. Years later I would do the same when Hurricane Ivan was threatening.

In the days that followed, more shocks would be forced upon us – anthrax in the mail, a plane out of New York City going down. It all seemed unreal and it was too much to digest – the worry, the fear.

But there was some good that emerged from the tragedy. Americans united as I had never seen in all my life.

One of the men who tried to storm the cockpit of United Flight 93 was the son-in-law of a writer I knew. Another was gay, but that wasn’t something a lot of people wanted to hear about.

The newspaper used an entire page to print an American flag. I saw those newsprint flags hanging in windows all over town for months after the attack.

And in the years that followed, a war, an economic meltdown, a warming climate, a pandemic and a violent schism in our culture.

Americans are more divided than I have ever seen in all my life. They fight – physically fight – against wearing a facemask so that they don’t spread a deadly virus, or receiving a vaccine that could end a deadly pandemic. They buy guns and brag about overthrowing the government and promise to kill the loyal opposition. They vote for mentally ill people who lie to their faces and laugh at them behind their backs.

I wonder what the people of Sept. 11, 2001 would have thought about the world of today?

I bet they wouldn’t believe it.

I bet they’d be ashamed.