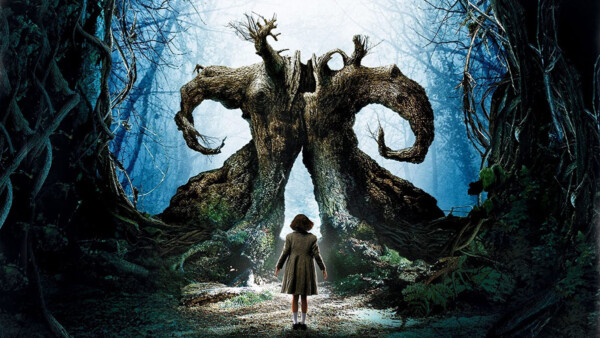 Beautifully shot, captivatingly acted, the film “Pan’s Labyrinth” has to be more complex than what appears on the surface, as gripping as the surface can be.

At face value the movie is about a smart, upstanding 12-year-old girl descending into a fantasy world below and about the abandoned mill where she’s staying with her desperate mother and vile step-father, a captain in the Spanish army of fascist Generalissimo Francisco Franco.

It’s 1944 and the captain and his unit are mopping up communists hiding in the mountains. As he flattens a less-than-subservient suspect’s nose with a beer bottle, shoots others with his pistol and tortures a captured partisan, the captain’s pregnant wife ignores the bloodshed and prepares for child birth.

Her daughter tries to escape the horror through imagination. In her thoughts, she encounters Pan, the tattooed, goat-like guardian of a utopian kingdom long dead. He promises the girl eternal life and happiness, as long as she executes three deeds.

On the surface, “Pan’s Labyrinth” is about a girl turning inward to forget the brutal world engulfing her. Trouble is, her adventures in fantasy land aren’t all that wonderful. During her quest, the girl encounters all sorts of creatures – one beast, with drooping skin and eyes in the palms of its hands, eats two of the girl’s dainty fairies.

“Pan’s Labyrinth” strongly suggests, if not outright screams, that even the imaginary places we contrive for peace of mind are tainted by exposure to civilization. We’re viciously human even when we don’t have to be, though in this case the girl eventually journeys to a happier land.

Her name is Ofelia and she’s the quintessential stepchild – her real father was murdered by fascists, her mother has taken up with those very same fascists and Ofelia’s only escape is the brutal and scary fantasy world of Pan’s Labyrinth, which is about as much fun as a two-for-one root canal.

While performing the three tasks to prove her worthiness to Pan, Ofelia makes mistakes, disobeys orders, and brings pain and even death into her life … wow, sounds like a shopping adventure at Wal-Mart.

But what matters is where she’s at when the movie ends, and I guess it’s safe to say she’s in a better place.

What I took from this movie is that life – even a fantasy life – extracts its pound of flesh. Sometimes you have to go through hell to get to heaven. Sometimes it’s worth it.

“Pan’s Labyrinth” is dark by American standards but it reminded me that even a can of Spam can taste like a banquet when you haven’t had anything to eat in a long time.