I know how Captain Kirk would have handled the overflowing toilet 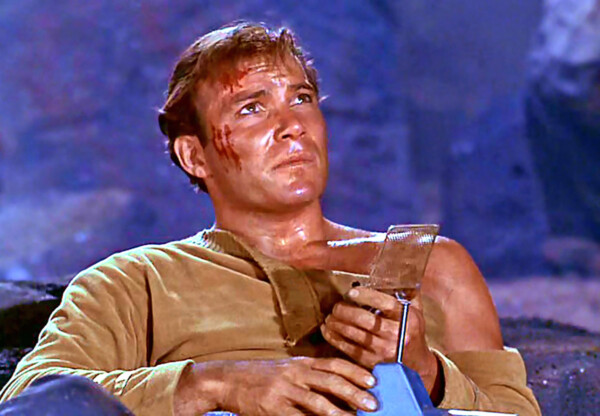 Maybe it was Capt. James Tiberius Kirk, commander of the starship Enterprise, who said: “Into each life a little raw sewage must fall.”

At least now I know Capt. Kirk’s middle name, thanks to the mobs who descended by telephone, mail or on foot to gleefully jab forefingers into my chest with that “How could you be such a moron” tone of jab and shout, “IT’S TIBERIUS!”

OK, OK. It’s Tiberius. You hear that, Charles? Charles left a message on my voice mail: “IT’S THADDEUS.” Thaddeus? No, Charles, you Treknophobe. IT’S TIBERIUS. Consider yourself poked in the chest. And Charlotte called to say she didn’t know squat about “Star Trek” but wanted to discuss it. Well, Charlotte, why don’t you let Charles fill you in on Capt. James Thaddeus Kirk, Dr. Spock, Mr. Checkout, Snotty the chief engineer, etc., etc.

Somebody else said, “It’s Tee.”

At this point you’re wondering, “What does Capt. Kirk’s middle name have to do with falling raw sewage?”

The connection is this: I was home, massaging forefinger stab wounds to my chest, when the upstairs toilet plugged up and overflowed onto the bathroom floor. I won’t go into details except to say it happened at the worst possible moment, and I was so stunned that for 10 seconds I simply stood there, my jaw unhinged, as this catastrophe unfolded before my disbelieving eyes.

Ten seconds. Then I stumbled into action, crashing downstairs for a bucket and sponge. When I returned, the mess had all but disappeared.

Where did it go?

IT WENT UNDER THE FLOORBOARDS, that’s where it went.

Because when I returned to the kitchen I could hear it spattering on the sheetrock, like thousands of tiny Esther Williams rats doing the breaststroke behind the walls, and I thought: Gosh, that could leak through into the kitchen.

Talk about self-fulfilling prophecy. Sewer water began dripping onto the counter, the Christmas presents, the telephone … INTO MY COFFEEMAKER!

I hurled stuff out of the way and hot-footed it to the damp telephone to call the plumber, who ran a snake through the pipes and told me plumbing horror stories (“Hey, you wouldn’t believe the stuff I’ve pulled out of these lines. Once, I found Jimmy Hoffa’s head!”).

Hours later, as I cleaned up the sewer spill, I heard a sound emanating from the hallway. It was the sound an inept home repair guy makes when he inserts a screwdriver into a wall outlet and discovers the full power of Mr. Ready Killowatt.

The circuit-breaker box was sizzling like a bag of microwave popcorn. Dad came over to check it for water leakage, but lucky, lucky me. It was an entirely unrelated problem that would necessitate all kinds of unrelated hassles.

About 7:30 that night I finished the cleanup. My joints ached and I was light-headed from breathing poisonous “fresh-scent” cleaner fumes. As I prepared to collapse onto the couch, I heard a sound: GLUK, GLUK, GLUK … GOOOOORK … GAAAAACK!

The cat had tossed his kitty cookies in about eight different locations.

I looked heavenward and wondered how Capt. James Tiberius Kirk, orbiting way up there, would deal with these hassles. And then it hit me.

Author’s note: Contact me at delstonejr@yahoo.com. To read more of my opinion and humor pieces, visit delstonejr.com . In addition to my humor columns and opinion pieces, I write fiction – horror, science fiction and contemporary fantasy. If you’re a fan of such genres please check out my Amazon author’s page. Print and e-books are both available, and remember: You don’t need a Kindle device to read a Kindle e-book. Simply download the free Kindle app for your smart phone or tablet.