If all those books are best-sellers, where does that leave me? 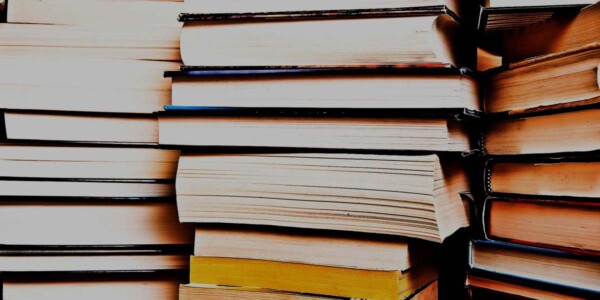 Image courtesy of Ryan Hyde of Flickr under the auspices of a Creative Commons license. See below for link.

I’ve been thinking about this a lot, going back and forth with myself, wondering if I should put it up or not. I’ve finally decided to go ahead, for better or worse.

Every morning when I return from my walk I dutifully plant my backside in front of the computer and “work on my novel.” I use quotation marks because sometimes the work goes well and other times it doesn’t go at all. Suffice it to say I’ve been doing this regularly the past two years, and I have made 2023 the year I finish the damn thing and start shopping it around.

(By the way, if any of my writing friends have suggestions as to where I should send it, feel free to share. I don’t have an agent so the publishers who refused unagented submissions are not an option.)

Invariably as I go through my morning I end up on Facebook. As I wander the aisles of Mark Zuckerberg’s social media lament configuration I come across ads for books by authors whose names I don’t recognize. Usually they are “dystopian” or “apocalyptic,” and are Book 1 of a “cycle,” “coda” or “omnibus.” The book is usually accompanied by scores of five-star ratings and rapturous reviews.

If the premise sounds interesting I will find the book on Amazon, which often provides a “See Inside” feature. I use this to judge the author’s voice. At this point let me emphasize I am not a writing expert and my opinion about the skills of other writers means nothing. I know only what I prefer.

If the author provides actual narrative and displays an adequate command of the language and decent grammar, I may read further. If not, I don’t.

Often, these are not the kinds of books I would read; i.e., I hate them. And this fact points me in the direction of despair.

Because if these books are selling well, and receiving wonderful reviews, and being rated by throngs of happy readers, while my books rarely sell a copy or receive a review, where does that leave me as a writer?

A hobbyist? A dreamer?

I mean, yes, I will continue to write, because writing is what I do, and what I need to do. But I guess what I’m asking is: Are these books really selling as well as they appear to be selling? Are they as good as all those readers say they are?

By the way, I have finally gotten what I consider to be a firm grip on my current novel and I expect to meet that 2023 deadline. I think it’ll be a better book for me having taken extra time with it. No, it is not Hemingway, Pynchon, or even Grisham.

(Photo courtesy of Ryan Hyde of Flickr under the auspices of a Creative Commons license.)